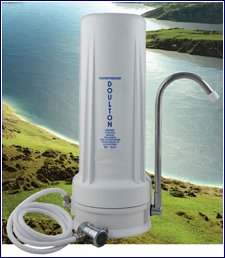 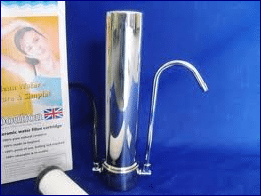 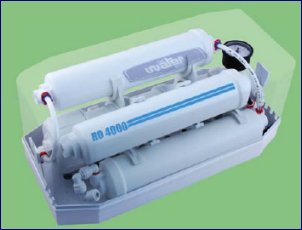 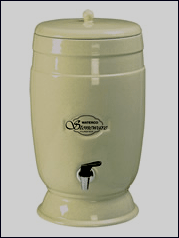 Doulton, a company more commonly recognised for their fine china has been a leading name in drinking water filtration for over 150 years. The Ultracarb is a ceramic cartridge for use as a pre-filter for the removal of parasites and bacteria, which also internally has a specially formulated carbon block and ion exchange filter, which enables it to remove an extensive range of chemicals and heavy metals from the water. This core of this filter has a five thousand litre life which generally translates to 18 months for a family of four. When the water flow slows you simply remove the cartridge, scrub off the discoloured outer layer and re-install. The incorporation of silver locked within the ceramic structure inhibits the growth of bacteria. Doulton holds accreditation from the World Health Organisation, National Sanitation Foundation, EPA and a long list of other health departments in numerous countries throughout the world.